London – The future King of England, Prince Charles, returned to the headlines this weekend in another image crisis involving donations to his charitable foundation.

This time it’s the identity of the donors: The Prince of Wales Foundation (PWCF) has accepted a £1 million (R$ 6.2 million) donation from the family of Osama bin Laden, the founder of the terrorist organization Al Qaeda. .

This information was published by the British newspaper The Times this Sunday. The same newspaper revealed other activities of the foundation that caused embarrassment, such as receiving 3 million euros in cash from an Arab billionaire and a scheme to exchange donations for royal accolades.

Prince Charles’ image has been rocked by subsequent crises

There was no suggestion of illegality in the donations, although the newspaper pointed out that they were not published or appeared in the foundation’s public documents because British companies were not obliged to identify supporters.

But the episode represents the third in less than a year to expose Charles’ ties to political or business figures from countries that do not respect human rights — in this case, a name associated with a terrorist responsible for attacks that have killed thousands of people. A shake-up in his life.

According to polling firm YouGov, the heir to Queen Elizabeth II is the 7th most admired member of the British monarchy, with 42% of citizens admiring him, while 24% say they dislike him.

The revelations about the donations are seen as a lapse of judgment by Prince Charles, with royals explaining themselves and seeing the actions of one of their most important members come under scrutiny.

Although the monarchy’s “motto” when reacting to negative news is “don’t complain, don’t explain”, situations like this require a public stance.

Brothers Bakr and Shafiq bin Laden run the business of one of the wealthiest families in Saudi Arabia. They are half-siblings of Osama bin Laden, on his father’s side, Mohammed bin Awad bin Laden, now deceased.

The family has always publicly condemned the actions of the founder of Al Qaeda, and there is no doubt that he helped him in any way.

But the bin Laden name is a toxic brand, which is why the Prince’s Foundation doesn’t declare massive support whenever it receives large donations.

According to The Sunday Times, Charles personally handled the donation at a meeting with the half-brother of Al Qaeda founder Bakr Bin Laden at his official residence, Clarence House, on October 30, 2013.

The meeting took place two years after Osama was assassinated by US forces in Pakistan.

The Clarence House press office denied to The Times that he was personally involved.

But the paper guarantees that Charles not only knew, but was instructed by aides not to accept the donation or return the money.

According to the report, one of them said “if this news gets to the media it will cause national outrage,” which took some time but eventually happened.

Another would have said the Prince would suffer serious reputational damage if he appeared to be associated with the name of the terrorist responsible for killing 67 Britons along with thousands of Americans on 9/11. It was wise advice.

Prince Charles’ advice sought to avoid a crisis by saying there had been no suggestion of rejecting or returning the donation.

He guaranteed that the decision would have been taken exclusively by the trustees of the trust, who alone authorized the operation.

“Due diligence was conducted with information sought from various sources, including the government. Acceptance of the donation was taken entirely by the trustees. Any attempt to suggest otherwise is false and misleading,” Clarence House said.


The Prince Charles Foundation is a crisis powerhouse

The Prince of Wales Foundation was established in 1979 and provides funding to non-profit organizations registered in the UK to develop projects at home and abroad.

The Sunday Times investigated the trust’s operations and revealed it saw new crises for Prince Charles and the monarchy.

The last one happened last January.

The newspaper disclosed that Prince Charles personally received a suitcase and shopping bags totaling €3 million from luxury food store Fortnum & Mason, which is authorized to supply its products to the royal family. 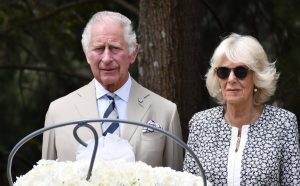 Although Clarence House’s counsel said all legal procedures were followed, the amount of money immediately after the donation was deposited in the banks sparked negative comments, either as money laundering or by people who didn’t want to appear.

The crisis prompted the Prince Charles Foundation to say it would no longer accept donations.

See also  Emmanuel Macron, a reformer during the turbulent times in France

In early July, the Charity Commission, the UK’s governing body for charities, announced it would not launch a formal investigation and had “no concerns” about the prince’s management of the charity based on an analysis of the report. Posted by PWCF.

Another report by The Times, published alongside the bin Laden donation story, details the true links of the Trust Commission, now headed by Orlando Fraser, and calls into question its independence.

Fraze and the woman have close ties to figures in the British elite and the most conservative sectors, which support maintaining the current regime and naming Charles as Queen Elizabeth’s successor.

“For decades, [a Charity Commission] Not really an effective regulator,” Stephen Bubb, director Think tank Charity Futures and former President of the Association of Executives of Voluntary Organisations.

Pubb thinks the commission’s independence is compromised as the chairman and board members are appointed by the culture secretary, while its £30m annual budget comes directly from the national treasury.

Prince Charles’ other crisis may already give more headaches.

In September, the newspaper revealed that His close aide reportedly ordered the help of a Saudi president To receive a royal decoration and British citizenship in exchange for donations to social work.

The anti-monarchy group Republicans denounced Charles and Michael Fawcett as his direct wing for many years to London’s Metropolitan Police, Scotland Yard. Fawcett resigned, but the investigation is ongoing. 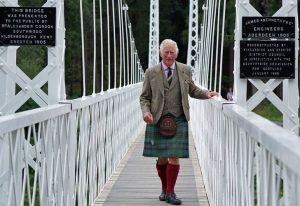