U.S. officials say the demolition of a partially collapsed building on a neighborhood near Miami could take place this weekend – with fears that a tropical storm, Elsa, could worsen the situation.

Two more bodies were found this Saturday (3) – so far, officially 24 people have died and 124 are missing. 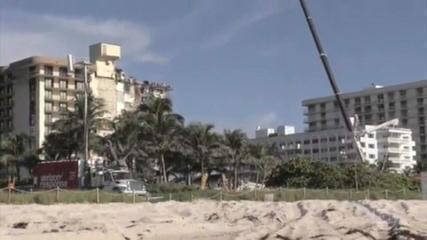 The search has been going on for more than a week.

Alan Kominski, head of the fire department, said the demolition of the remaining towers should take place as soon as Hurricane Elsa is expected Monday.

Fear of the rest of the campus led to a halt to searches Thursday (which they then resumed).

None of the survivors have been pulled from the rubble since the first hour after the June 24 crash.

It is not yet known why the building collapsed. The 2018 report points out that there are structural flaws. These are now the focus of the investigation being investigated.